We shall need to keep oil in the ground.


The difficult, growing and expanding understanding of the human impacts on the Earth System, leads to a simple gesture, a simple intimation.
Keep oil in the ground. Of course, this intimation seems to many unattainable. Firstly, who should keep it in the ground?
We, or why not them? 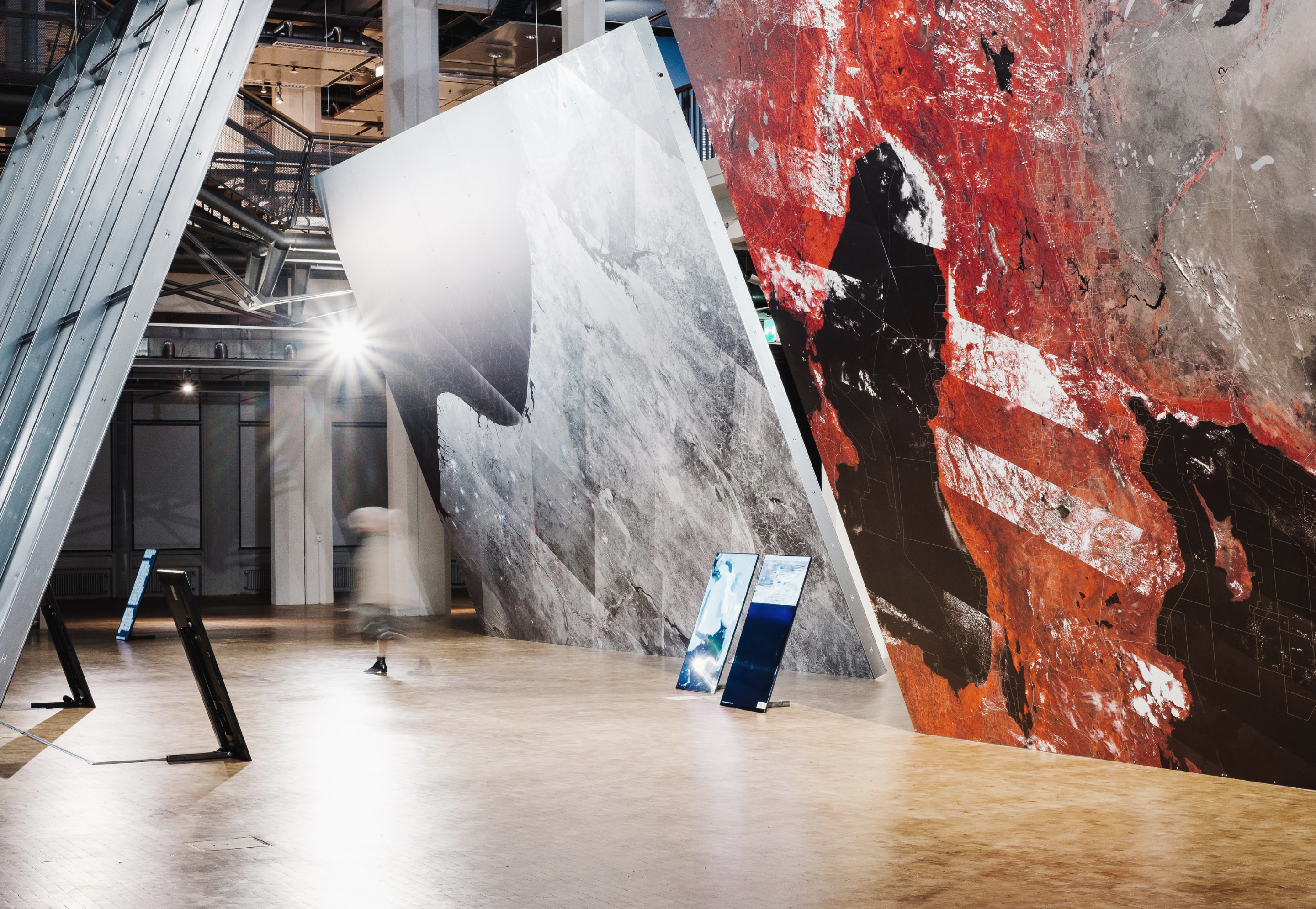 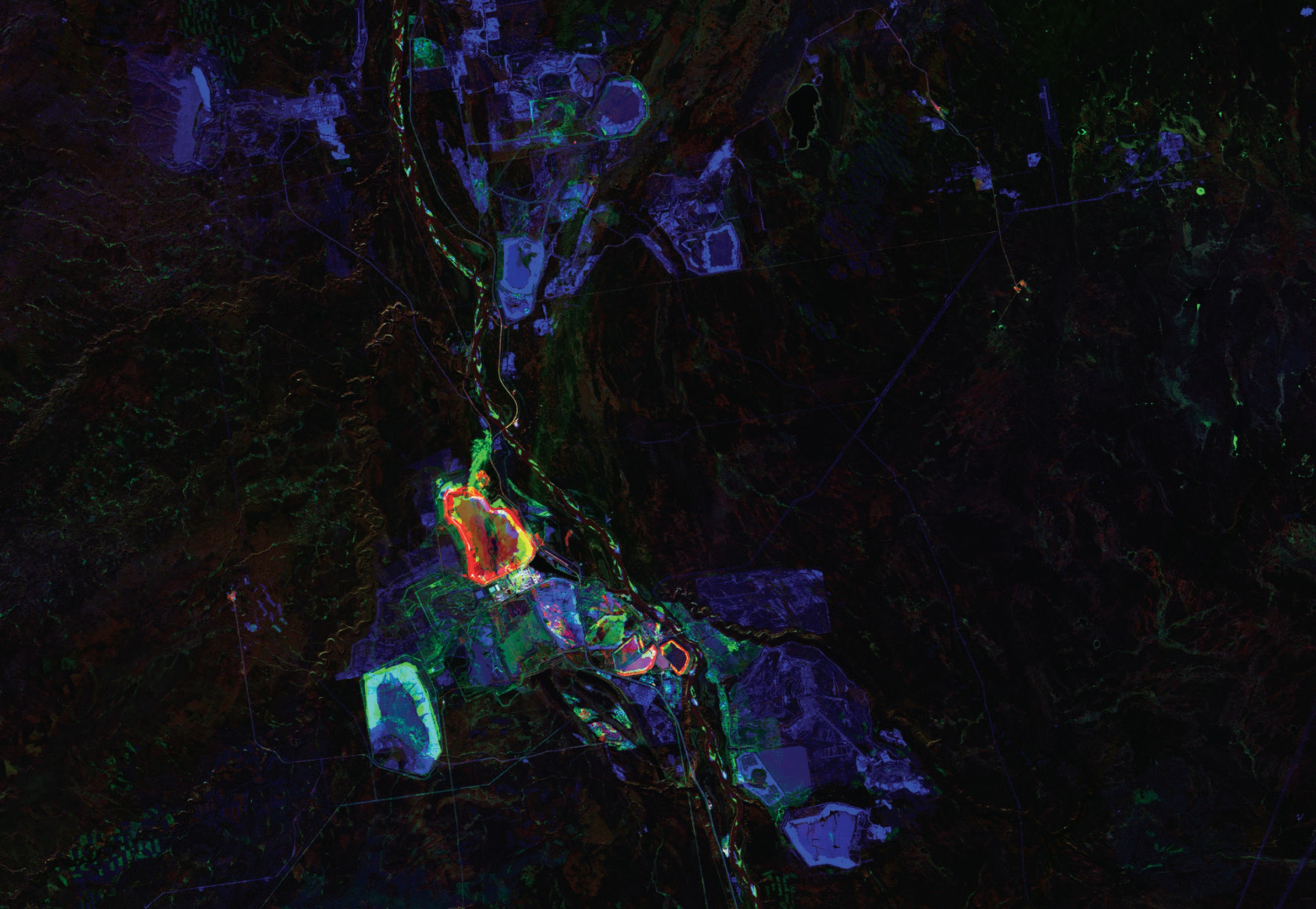 Oil is power—energetic and political.
‍
A vector of diffused and accumulated power, with leverage in both the day-to-day activities of the world-economy and in the political circuits and institutions of many national states. 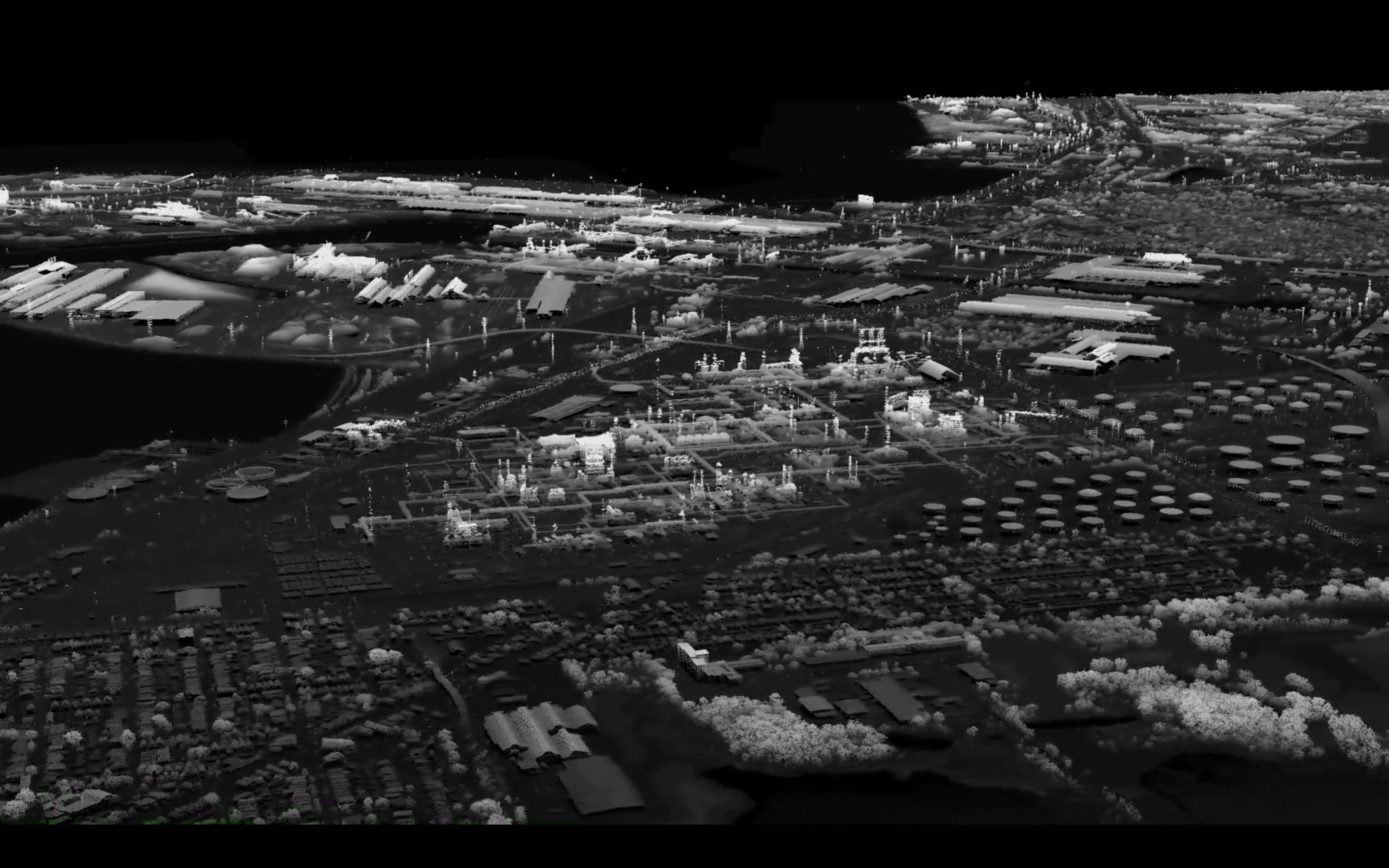 The Museum of Oil is a new institution in the making. It is set amidst the making of the major knowledge event of our time, the difficult and unfolding capacity to understand the transformations of the Earth, and it is amidst the making of a new field of work, research, projects and activism.
‍
Its aims are direct: to put the oil industry in the museum.
To make it a thing of the past. 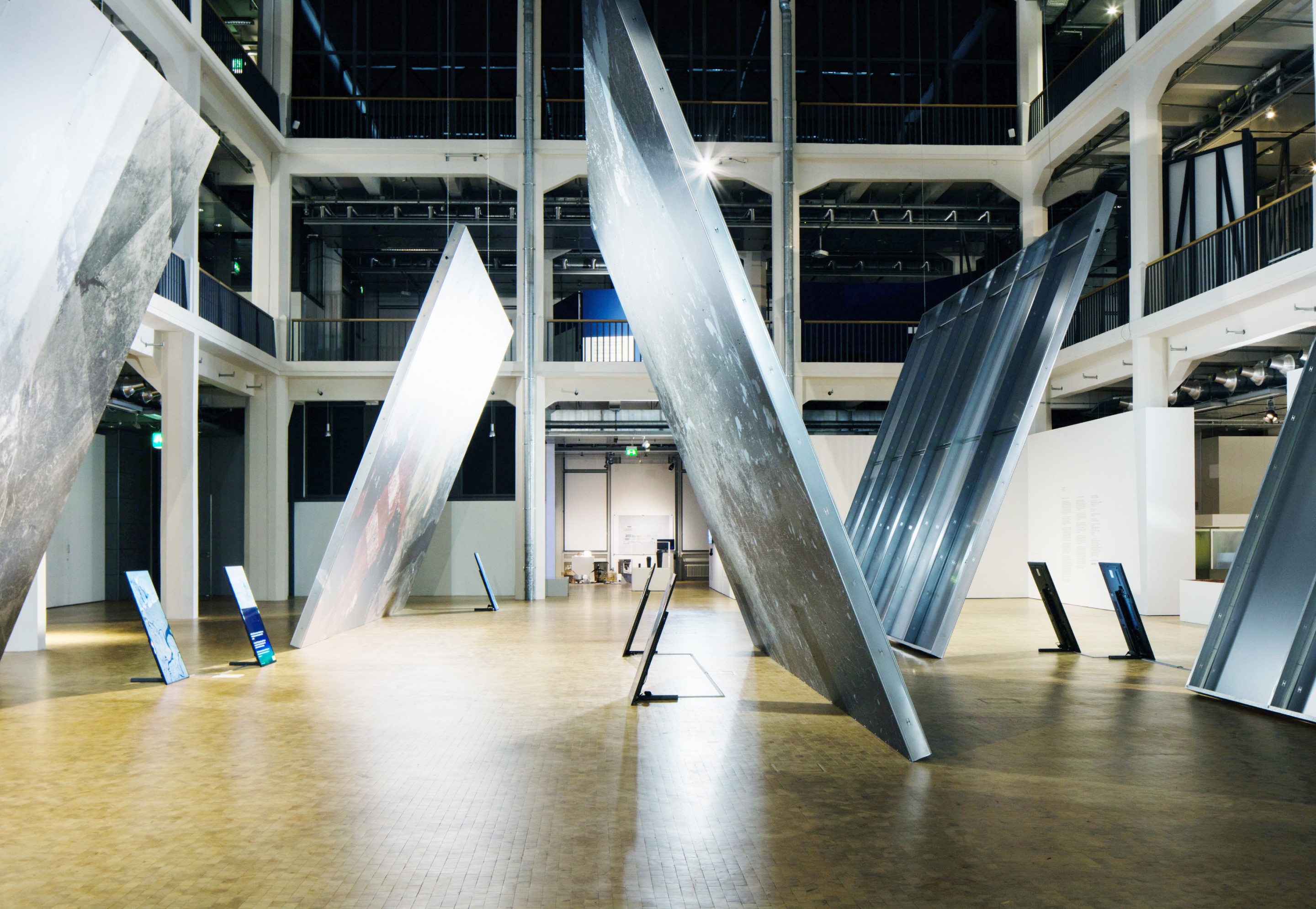 The Museum of Oil collects information, items, objects, data, about the different ways through which we have come closer to the decisions (it will have to be many) to keep oil in the ground, halting its combustive so-called development sprees.
‍
It portrays in detail the forms of the territories shaped by oil, indicating the main elements for the complex negotiations to disentangle ourselves from it. 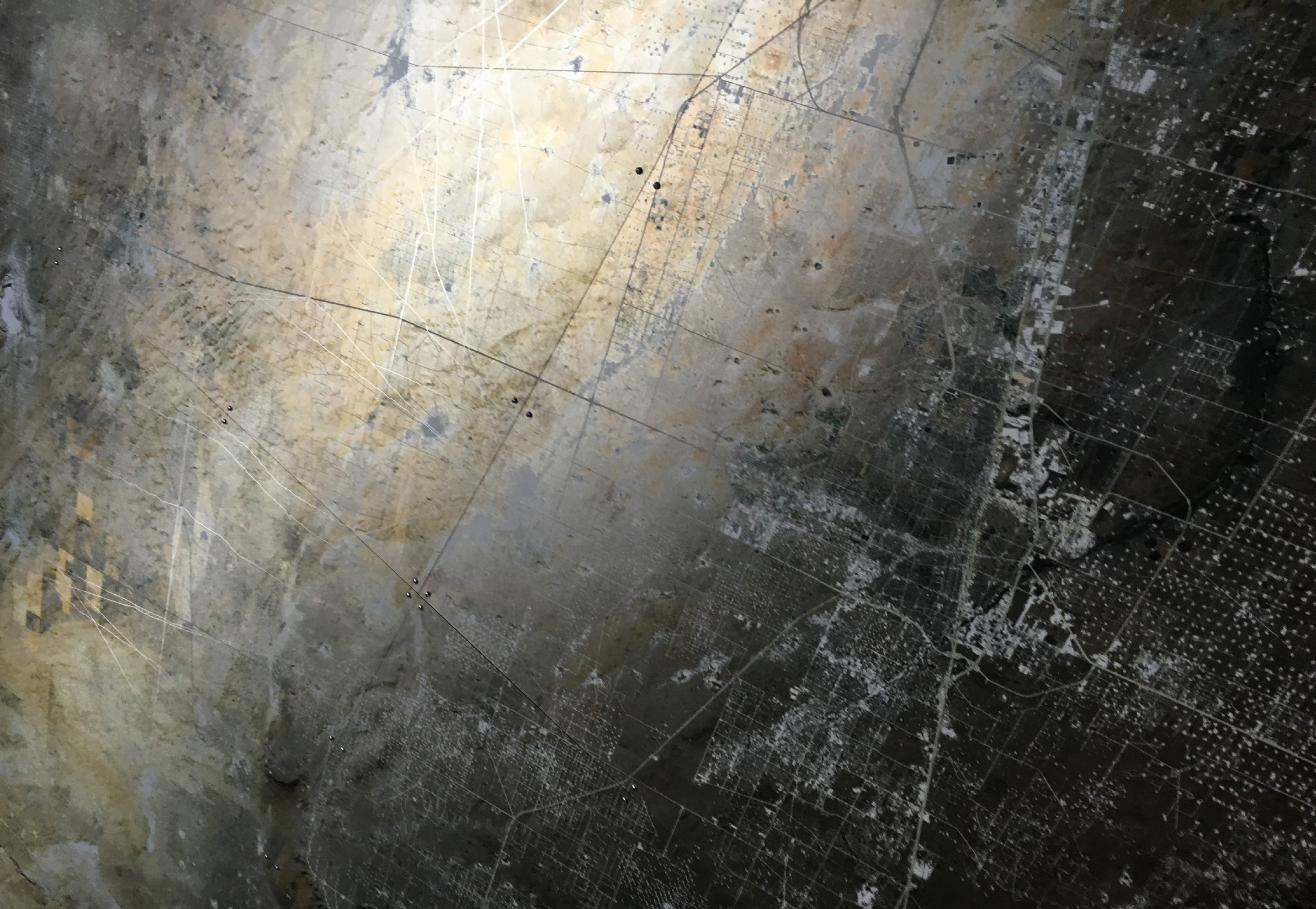 To make sure that oil is kept in the ground, the Museum of Oil outlines and registers how the oil industry has stretched itself so far that its territories have become fragile and untenable.
‍
They are violent, environmentally disruptive, and economically unstable. 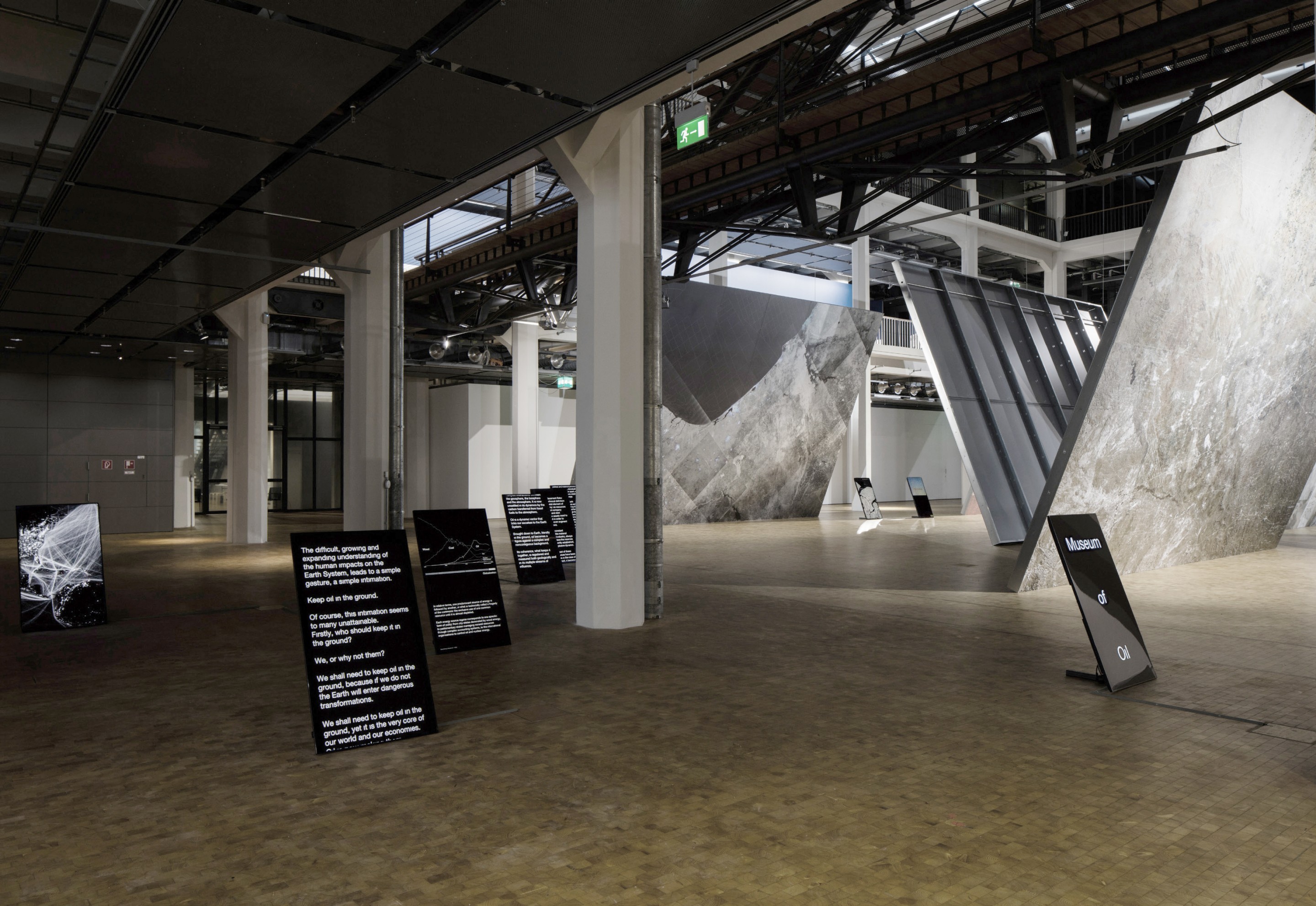 A series of large-scale Earth Observation images outline territories wrought by the oil industry: the boreal forests of Canada cut through for oil prospecting, the European Arctic with oil spills both on and offshore, the shale fracking boom in the USA, West Africa and the depletion of the Niger Delta, the militarisation of the Middle Eastern supply chain.
‍
They indicate the main elements for the complex negotiations to disentangle ourselves from it and make it a thing of the past and design an open future. 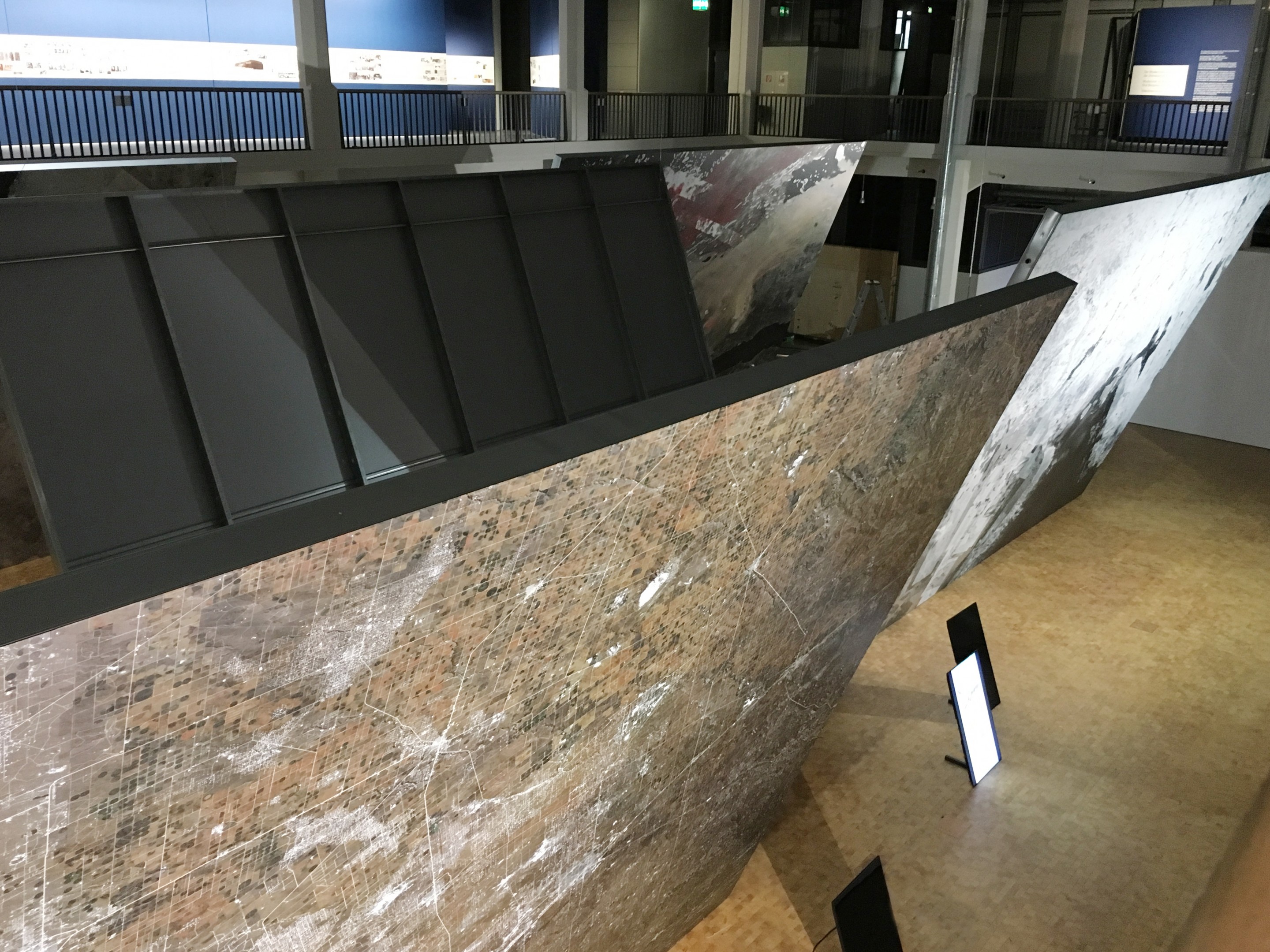