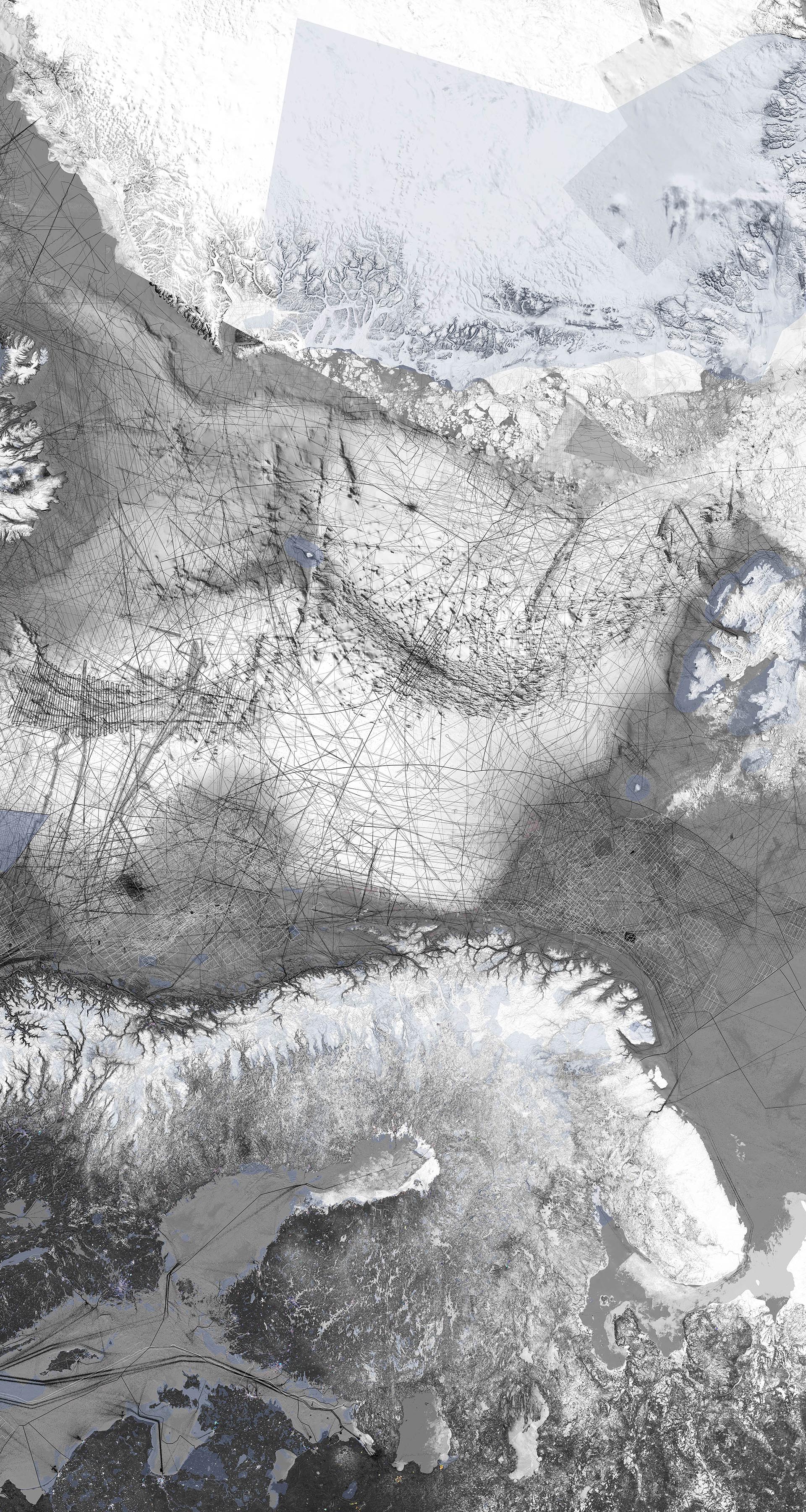 Climate change is not the only transformation we are facing today in the North. The North is slowly revealing a system of transformations in the physical, institutional, social, spatial, economical and cultural structures we inhabit and constantly reshape.
‍
Today, transformations in the relation between polities and space is stressed in the northern latitudes more than anywhere else on the globe. At the same time as this region is undergoing unprecedented changes, our vision of it is entrenched in stereotypical notions of pure and untouched wilderness, unfolding and innocent modernity and untamed mineral and biological resources.

The new forms of inhabitation, crossings and exploitations of the North pose new questions. They demand new tools and a reinvention of our way of thinking and articulating the relation between the material configurations of human environments and the forms of our societies and institutions.

A new intensification of human activities is radically transforming the territories of the North: rapid growth of the extraction processes is taking place at the same time as the Nordic countries are undergoing a rapid urbanisation process. The majority of the population is now concentrated in the southern regions, with an increased density and intesification. This exposes a large area in the North, whereonly 10% of the population resides.

How to imagine new forms of sovereignty and cohabitation? How to be alert to the vast transformations of the North? 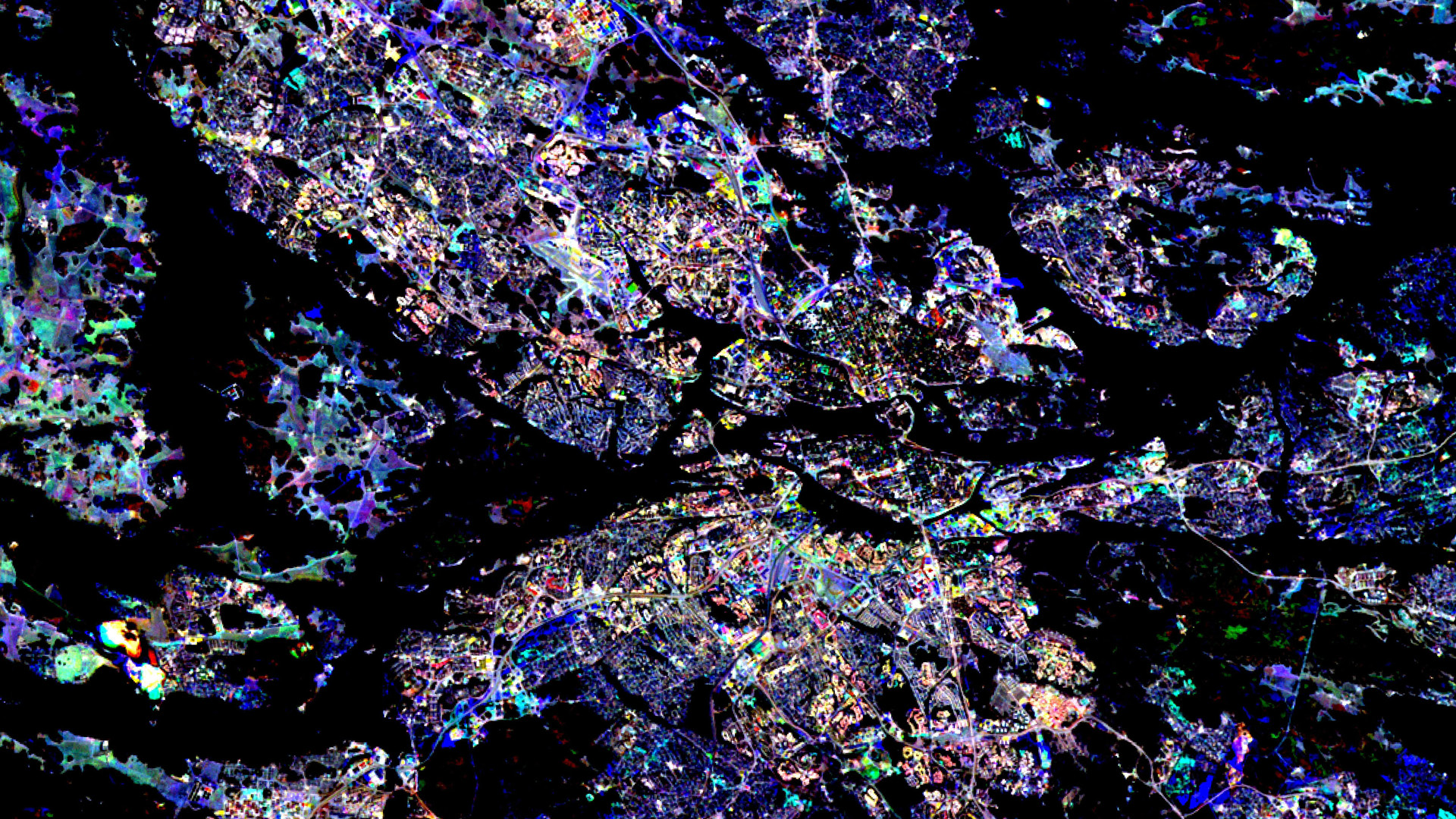 Multi-year analysis of Stockholm. USGS and NASA data, elaborated by Territorial Agency; Landsat 4,5,7,8, all processed to level 2A surface reflectance (SR)/Band 7/CloudCover 15. ©Territorial Agency
How heavy is the North?

A new intensification is shaping our environments: the flows of energy, materials and information necessary to sustain human activities are deeply modifying our relation with the biosphere, thegeosphere and the atmosphere. This intensification is taking the form of a complex self–organising system, linking humans, domesticated animals and plants, energy flows, and the information to sustain them—the Technosphere. 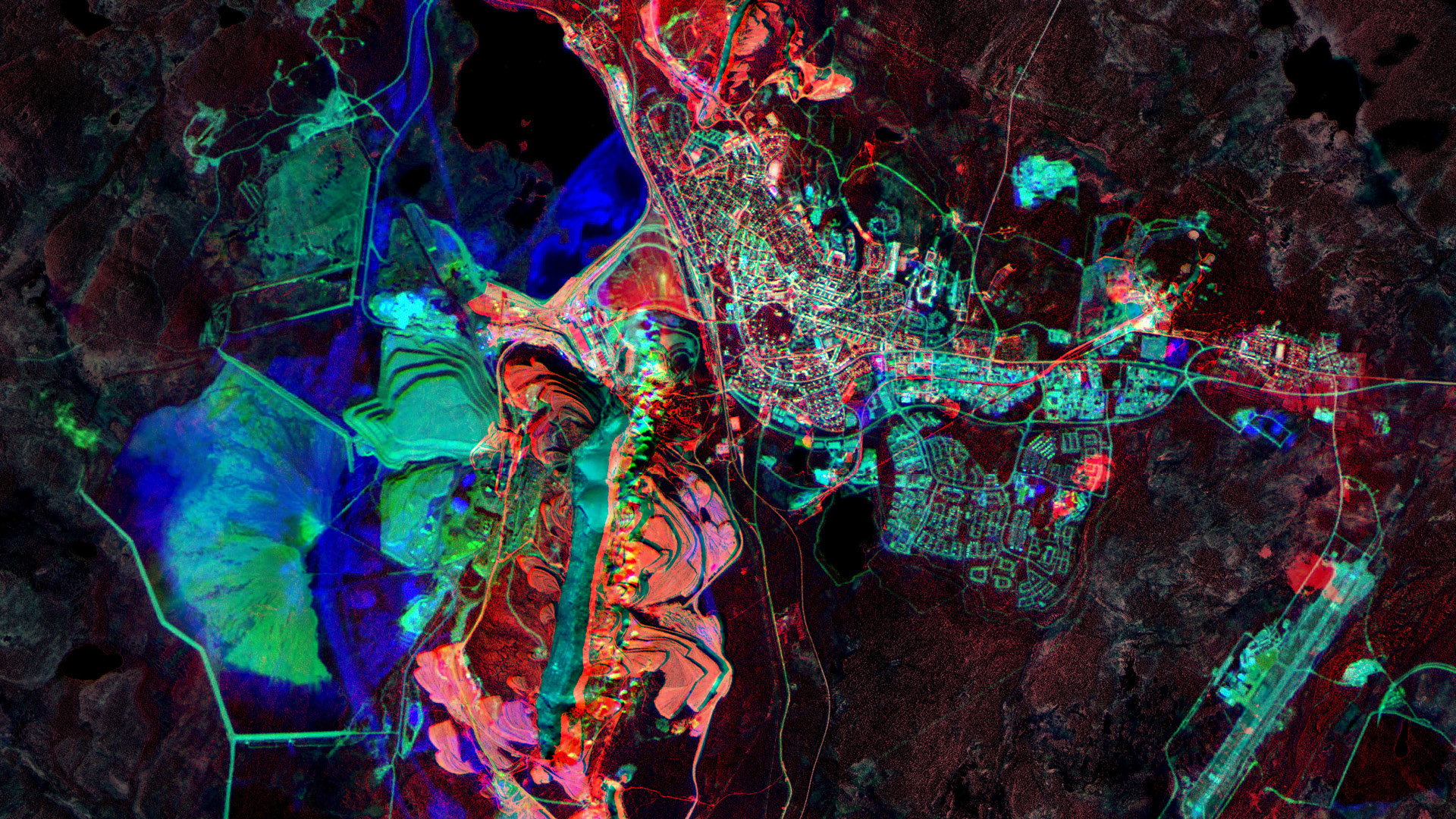 Multi-year analysis of Kiruna. USGS and NASA data, elaborated by Territorial Agency; Landsat 4,5,7,8, all processed to level 2A surface reflectance (SR)/Band 7/CloudCover 15. ©Territorial Agency
A vast self-organising system dominated by technology is rapidly acquiring dimensions and magnitude comparable to the other Earth geological paradigms: the Technosphere is rising alongside and interacting with the biosphere and the geosphere, with the lithosphere and the hydrosphere; with the land the sky and the oceans. Cities, urbanisation and industrialisation are moving more materials and using more energy for their sustainment than ever before, extracting them from the biosphere, the lithosphere and the atmosphere. A new series of territories is emerging, cutting across pre-existing boundaries and borders, reshaping relations between polities and their spaces of operation. 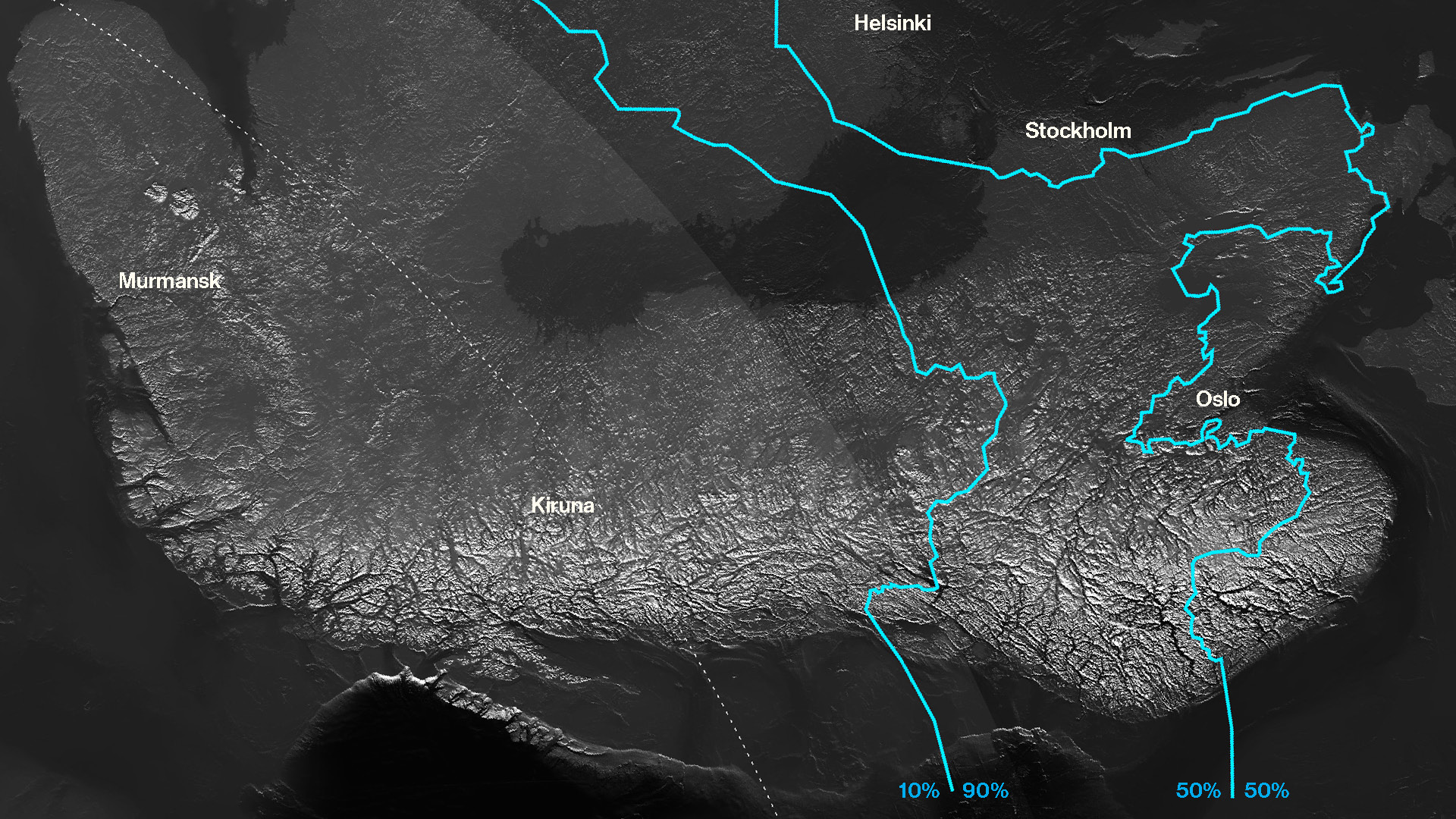 Urbanization in the North is increasing a differential population density in the Nordic countries: a shift towards a vast scarcely populated North and a metropolitan South. ©Territorial Agency
This intensification is of geological scale: it shapes the history of our planet and its material register forms the stratigraphic base of the Anthropocene epoch. It is an intensification that forms a newlandscape, characterised by new forms of work of the land and sea, as well as a new image of our environments. It is a landscape inthe making, further measured and surveyed, automatised and controlled, secured and interconnected— with more technology. 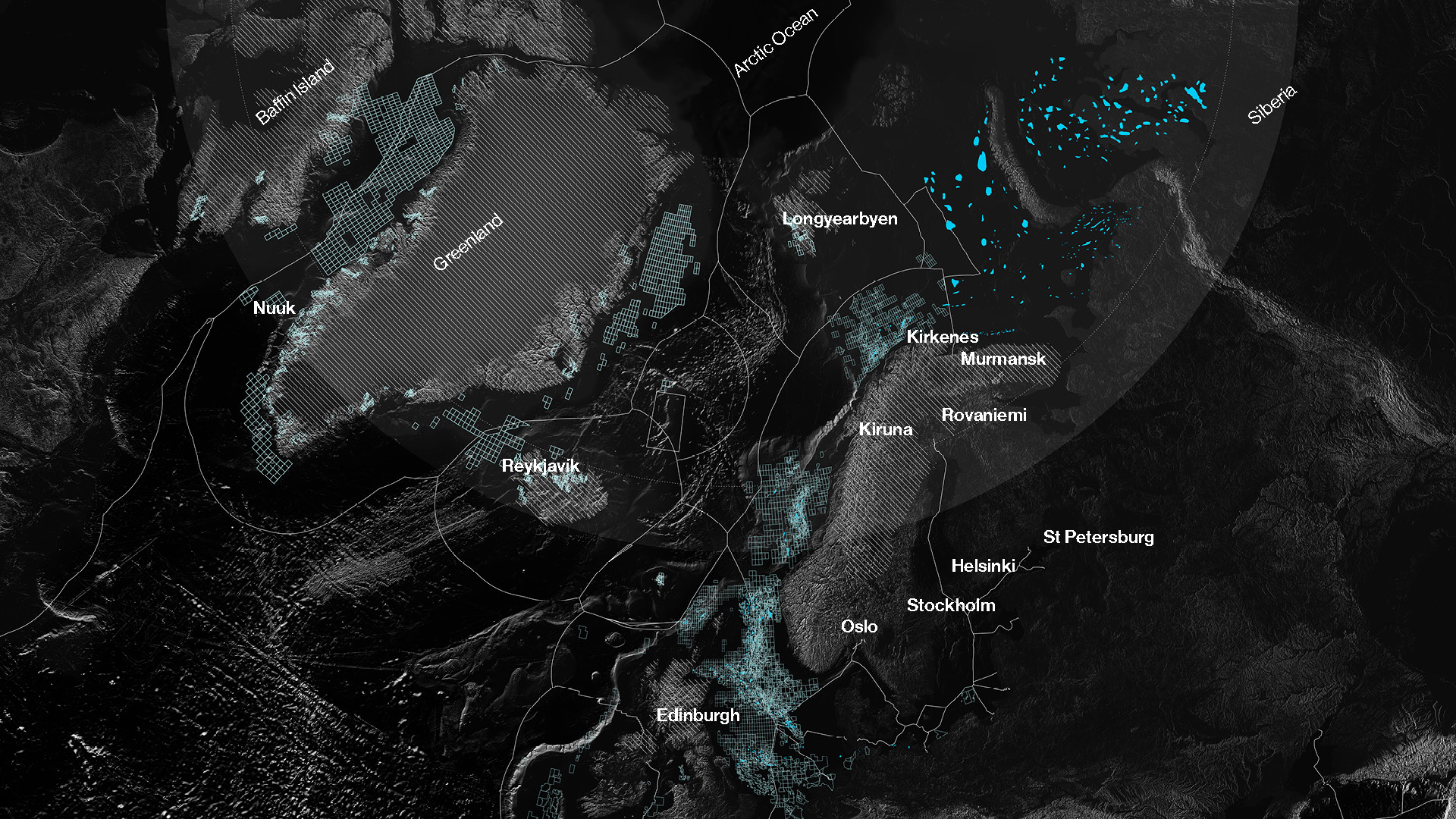 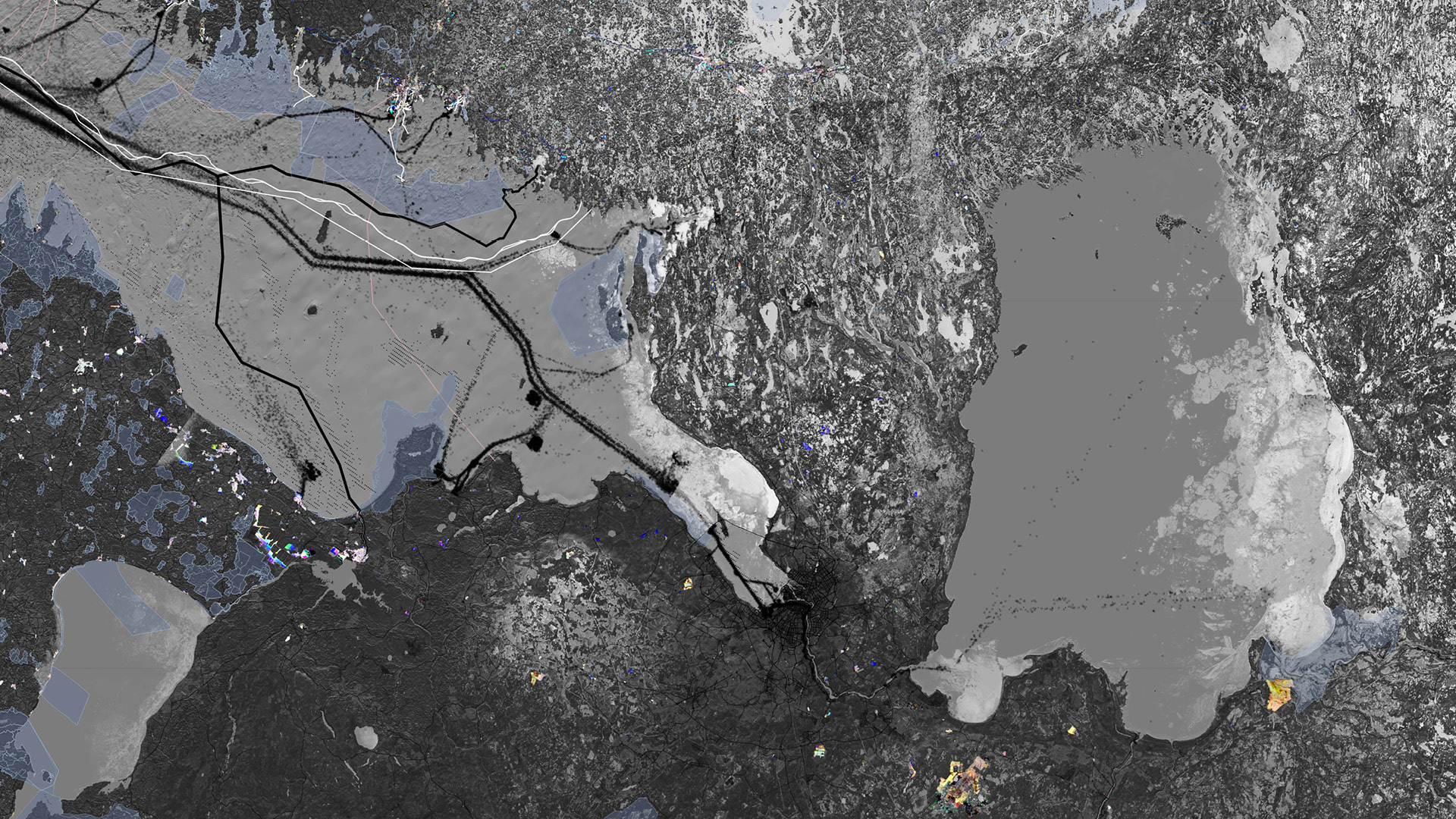 Mines and active shipping outside of St. Petersburg, with Lake Ladoga and the Gulf of Finland. ©Territorial Agency
The rise of the Technosphere cuts across existing territories, reorganising the links between polities and their material spaces. The North is a new space, open on all sides. 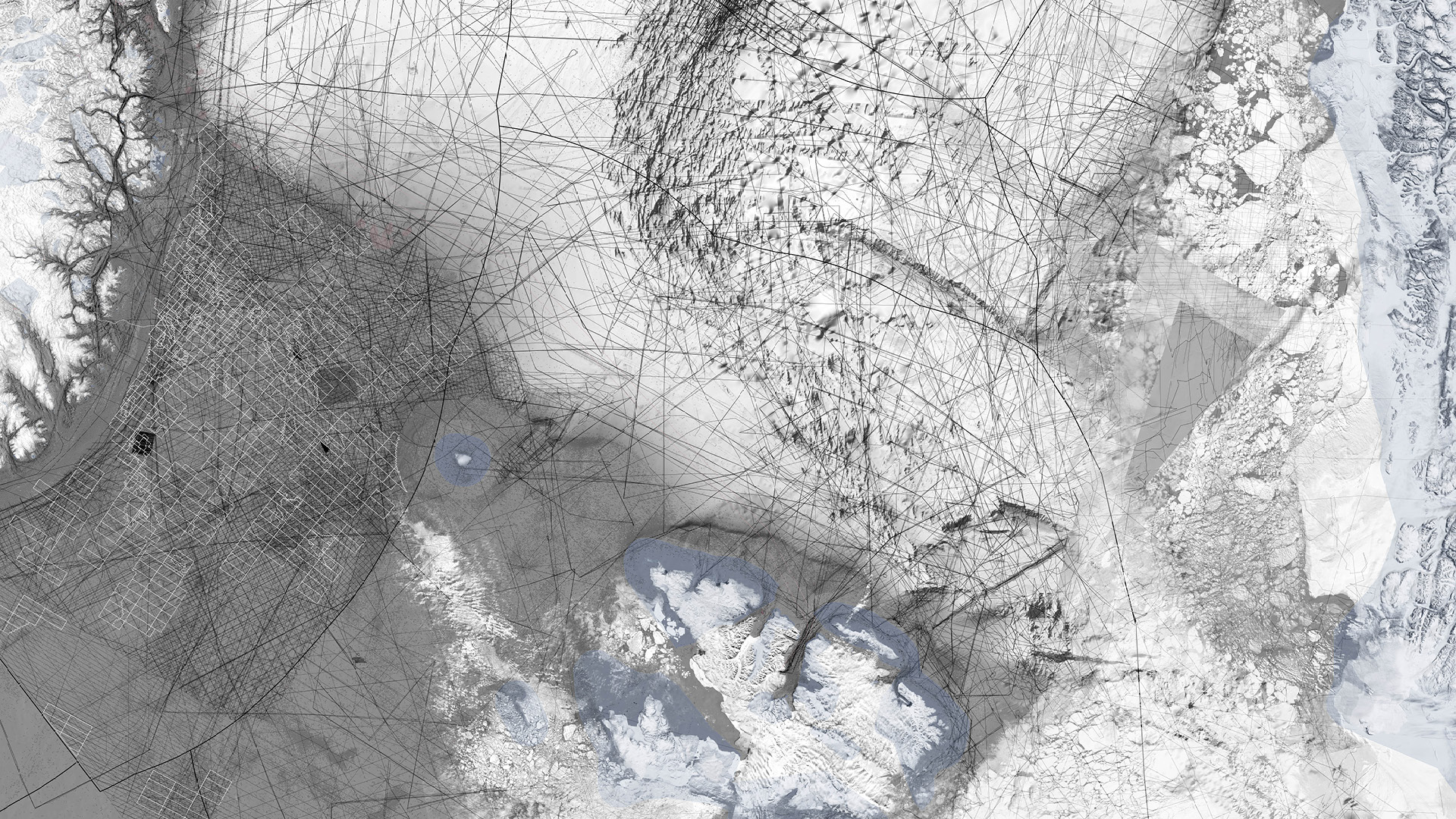 North Anon is part of Kiruna Forever, an exhibition that explores the relocation of the Swedish arctic city of Kiruna.


With the support of the Swedish Centre for Architecture and Design
‍ 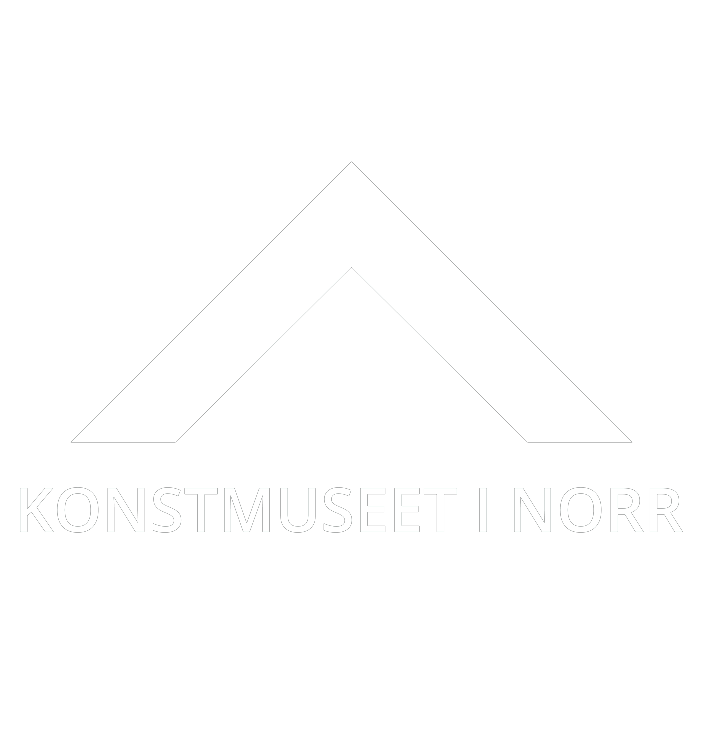